My first taste of the Zombie Bible series (book review) 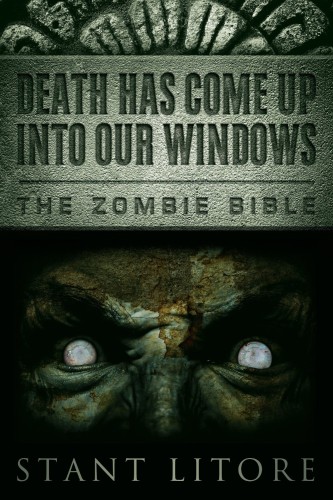 I first encountered Stant Litore when he was on The Offbeat Dialogues: Christianity and Speculation, a speculative fiction discussion hosted by Thea van Diepen. I liked his comments. They had depth and did not simply regurgitate things I’d heard others say. I was intrigued by mention of his books, a growing collection called “The Zombie Bible”. As usual, I wondered if this author might have written something similar to the fiction that pours from my heart – a wondrous and unsettling mixture of truth set in a world that does not exist. A world recognizable to the heart, though not to the intellect.

I’m always in search of my people, those who speak with a certain accent of the soul, whose native tongue was learned living in a place not seen by human eyes but found only through a journey of the imagination.

And so I put Death Has Come Up into Our Windows on my Kindle. I devoured it.

And was struck to the heart.

Struck by the beauty of Stant’s prose. Struck by the way he took me into another world, the world of ancient Israel and Babylon’s siege of Jerusalem during the time of the prophet Jeremiah. Struck by the sound of God weeping in the temple, and how the grief of God at the betrayal of his loved ones and at the death that was rampant in the city overwhelmed the one man with ears to hear it. Imagining what it was like to be alone in that. To be the only one who could hear God’s cry and to be so rejected, so many times.

But what about the zombies? Why zombies?

I don’t pretend to speak for the author, but I can tell you what zombies did for me in reading this story. First of all, it prompted me to pick up the book in the first place and read it. This part of Israel’s history is a downer. Have you ever read the books of Jeremiah and Lamentations? Not what I’d pick up for entertainment, if you know what I mean. I don’t go out of my way to read historical stories set during tragic times where I know the ending. Dances with Wolves. Saving Private Ryan. Grave of the Fireflies. Great movies, perhaps, but ouch! Once was enough.

Then again, I don’t usually read zombie stories, either. I’ve never been a huge horror fan, per se. But that combination intrigued me – “How could zombies and the Bible possibly go together?”

Now, having taken that journey, I see the beauty of this approach. This book takes your

heart into the horror and heartbreak of that moment in God’s story (and ours). It breaks open the box placed around the biblical story and re-imagines it for us.

The foreign nature of an ancient city infested by the walking dead disarms our reason, causing our intellect to remove its critical, evaluative hat and put on its imaginative, discovery hat. [tweetthis url=”http://ctt.ec/yKb35″]

It is no longer about creating an accurate documentary so much as opening the doors to a fresh encounter with the prophet and the God he devoted his life to. As a Christian, I feel abundantly enriched by this encounter.

Why would I recommend such a book?

I absolutely want to take another journey through Stant’s “Zombie Bible”. Why? Because of what I saw happening inside my heart and mind while I experienced this story. Because of the questions that were raised, that were made so real, so relevant. Where is God when these horrific things are happening? Where are God’s people? Am I willing to be Jeremiah, despite the horror and pain of it? Or am I more like Baruch, who needed a nudge to take action? Or, heaven help me, am I one of the priests hoarding grain while the children starve? Or – God forbid! – sacrificing someone else’s children at the altar of evil because I’m so foolish to think it will buy the safety of my own?

These are questions that are scary, disturbing, unsettling. Uncomfortable. I was willing to enter into the story because it had zombies, because I knew it was “only fiction”. Fiction, yes. Beautiful, haunting and well-crafted fiction. But, praise God, it is not only that.

I would recommend this book to anybody that enjoys horror and especially those who are familiar with bible stories. The story is richer if you are familiar with the history of the people of Israel and their journey. But even without that background or belief, I think the story is a fascinating read, like a glimpse of a fantastical land in which kings and prophets face off and gods vie for the peoples’ devotion.

One note to traditionally-minded Christian readers:

It helped me a lot to remember that the God of the Bible is neither male nor female. Both man and woman are “created in His likeness”.

Yes, he traditionally represents himself as male and when God entered the world in the form of humanity, he came as a male. However, the scriptures also speak of the Spirit of God as the spirit of wisdom, and calls wisdom a “she”. There is, in Jewish tradition, references to the manifest spirit of God – the shekinah – as female.

Awareness of this rarely-mentioned concept may help in accepting the author’s artistic choice to call the presence of God in the temple a “she” and should assist your enjoyment and “willing suspension of disbelief”. I appreciated the chance to stretch my mind and consider the female aspects of my God in this context. 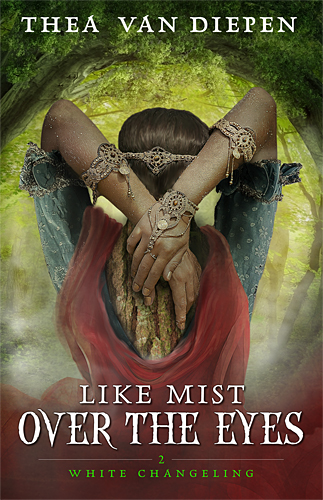 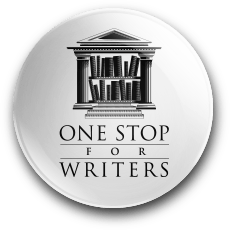 Listen, I’ve never had any trouble coming up with my own story characters, thankyouverymuch. My stories are very character-driven. I see their pasts, their motivations, their fears and desires. I know everything about them, and Read more…

Music video of "Dead Come to Life" with storytelling mixed in. Let's think outside the box!