Is Christianity fundamentally at odds with speculative fiction?

I came across an article that made the indirect point that religious readers want stories that reinforce their belief systems, and several elements of speculative fiction (science fiction, fantasy, horror, etc) are at odds with that.

In his post Religion in Fiction, David Farland recounts his experience with a writer who wrote a science fiction story for the Mormon market. But the book failed miserably. Why?

By setting his tale in the future, he was hoping to create a sense of wonder. But I suspect that such tales too often challenge the reader’s own views of the future, and religious readers usually don’t want to be challenged.

Religious literature is comfort literature. It reinforces, strengthens, and builds up the reader’s own belief system. That’s the draw. So anything that negates that will tend to disenfranchise readers.

Farland has worked professionally analyzing stories in Hollywood, finding those that would appeal to the most people and bring the most commercial success. I expect his observation is accurate, so far as it goes.

So Where Does That Leave Us?

If the needs and desires of Christian readers are at odds with the heart and soul of speculative stories (wonder, imagination, horror, the gritty reality of human nature), then is Christian speculative fiction doomed? Will it ever attain the success seen by some Christian fiction in other genres?

The conversations I’ve heard and participated in on the topic of Christian speculative fiction often revolve around this dilemma of “religious people don’t want spec fic (or don’t think they’d enjoy it)” and “religious people who like spec fic don’t know good Christian spec fic exists”. Some of us still haven’t given up on the long-term goal of teaching mainstream Christians to embrace spec fic, but the challenge remains: How exactly do we do that?

If religious people want to read entertainment that comforts them and reinforces their beliefs, what does that look like? Is it possible to make this happen with speculative fiction?

Jeff Gerke, original founder of Marcher Lord Press (now Enclave Publishing), often uses the example of stories like “A Christmas Carol” and “It’s a Wonderful Life” to point out the popularity possible for Christian spec fic. Those stories are heart-warming and transformative, yet they contain speculative elements — angels, ghosts, time travel.

Perhaps this is a hint of what is possible. 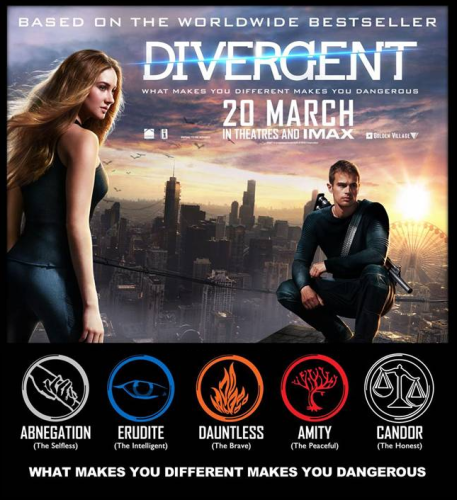 Personally, I look at some recent dystopian hits like The Hunger Games and Divergent, and see strong, moral characters who rise above dark (and speculative) circumstances despite temptation and fear.

While these stories do not have overt religious themes, the overall values portrayed are often moral ones. I consider this a win for our culture, overall. Books and movies that glorify self-sacrifice, honesty, determination and love will shape society in a more positive direction than those that glorify murder, rape, seduction, manipulation, deception and betrayal.

Your Thoughts Are As Good as Mine!

So share them below! Do you write speculative fiction with a Christian worldview? What are you doing to write things that you think Christian readers would enjoy?

There are examples out there of Christian writers making big success with their books. Which ones have you read? What patterns do you see? Is there a book in you that might fit that pattern?