Not everyone finds words as attractive as I do. I’m not even sure whether it’s the words that I love, the images they invoke, or the hint of an author’s soul that they reveal (even though the glimpse may be no more clear than peering through fun house carnival mirror glasses).

Still, I know that I am not completely alone in my infatuation with a well-turned phrase, a well-written novel, or a storyline that sweeps me off my feet and writes itself indelibly upon my heart. Recently, I encountered an author whose work consistently leaves me in a puddle of awe and yearning. Her name is Maggie Stiefvater.

I could fill endless screens of this blog with excerpts that I loved, but somehow I think copyright law might object. And so I just include a tidbit here from The Raven Boys that stood out enough for me to hand-type it up, savoring every word and closing my eyes after each passage to immerse myself in the image it painted in my mind.

To set the scene: Aglionby is the university these guys attend. Gansey is (basically) the main protagonist of the story. But in this scene, Maggie writes in “tight third person”, so we are experiencing the third person narration through the lens of Adam’s perspective.

Adam Parrish had been Gansey’s friend for eighteen months, and he knew that certain things came along with that friendship. Namely, believing in the supernatural, tolerating Gansey’s troubled relationship with money, and co-existing with Gansey’s other friends. The former two were problematic only when they took time away from Aglionby, and the latter was only problematic when it was Ronan Lynch.

Gansey had once told Adam that he was afraid most people didn’t know how to handle Ronan. What he meant by this was that he was worried that one day someone would fall on Ronan and cut themselves.

Sometimes Adam wondered if Ronan had been like Ronan before the Lynch brothers’ father had died, but only Gansey had known him then. Well, Gansey and Declan, but Declan seemed incapable of handling his brother now — which was why he’d been careful to schedule his visit while Ronan was in class.

…skipping ahead a bit… Adam is visiting Gansey and ends up at Gansey’s apartment at the same time as Declan and Declan’s unnamed Girlfriend.

They stepped into the apartment and Girlfriend tipped her head back, back, back. The high ceiling soared above them, exposed iron beams holding up the roof. Gansey’s invented apartment was a dreamer’s laboratory. The entire second floor, thousands of square feet, spread out before them. Two of the walls were made up of old windows — dozens of tiny, warped panes, except for a few clear ones Gansey had replaced — and the other two walls were covered with maps: the mountains of Virginia, of Wales, of Europe. Marker lines arced across each of them. Across the floor, a telescope peered at the western sky; at its feet lay piles of arcane electronics meant to measure magnetic activity.

Adam felt a familiar pang. Not jealousy, just wanting. One day, he’d have enough money to have a place like this. A place that looked on the outside like Adam looked on the inside.

A small voice within Adam asked whether he would ever look this grand on the inside, or if it was something you had to be born into. Gansey was the way he was because he had lived with money when he was small, like a virtuoso placed at a piano bench as soon as he could sit. Adam, a latecomer, a usurper, still stumbled over his clumsy Henrietta accent and kept his change in a cereal box under his bed.

Beside Declan, Girlfriend held her hands to her chest in an unconscious reaction to masculine nakedness. In this case, the naked party was not a person, but a thing: Gansey’s bed, nothing but two mattresses on a bare metal frame, sitting baldly in the middle of the room, barely made. It was somehow intimate in its complete lack of privacy.

Gansey himself sat at an old desk with his back to them, gazing out an east-facing window and tapping a pen. His fat journal lay open near him, the pages fluttering with glued-in book passages and dark with notes. Adam was struck, as he occasionally was, by Gansey’s agelessness: an old man in a young body, or a young man in an old man’s life.

When Gansey didn’t reply, Adam led the way to his oblivious friend. Girlfriend made a variety of noises that all began with the letter O. With a variety of cereal boxes, packing containers, and house paint, Gansey had built a knee-high replica of the town of Henrietta in the center of the room, and so the three visitors were forced to walk down Main Street in order to reach the desk. Adam knew the truth: These buildings were a symptom of Gansey’s insomnia. A new wall for every night awake.

Adam stopped just beside Gansey. The area around him smelled strongly of mint from the leaf he chewed absently.

Adam tapped the earbud in Gansey’s right ear and his friend startled.

Gansey jumped to his feet. “Why, hello.”

As always, there was an all-American war hero look to him, coded in his tousled brown hair, his summer-narrowed hazel eyes, the straight nose that ancient Anglo-Saxons had graciously passed on to him. Everything about him suggested valor and power and a firm handshake.

Adam remembered finding him intimidating when he first met him. There were two Ganseys: the one who lived inside his skin, and the one Gansey put on in the morning when he slid his wallet into the back pocket of his chinos. The former was troubled and passionate, with no discernible accent to Adam’s ears, and the latter bristled with latent power as he greeted people with the slippery, handsome accent of old Virginia money. It was a mystery to Adam how he could not seem to see both versions of Gansey at the same time.

“I didn’t hear you knock,” Gansey said unnecessarily. He knocked fists with Adam. Coming from Gansey, the gesture was at once charming and self-conscious, a borrowed phrase of another language.

These scenes may not hit you the same way they hit me. That’s okay. That’s perfectly natural.

But I hope these excerpts offer my fellow writers an example of writing that contains deep layers of unspoken communication. Notice the details Maggie chose to include. Notice how she told us things about the characters, their relationships with each other, and their awareness of themselves, all without saying it outright.

When you reveal some details and thoughts of characters without spelling things out directly, you allow the reader to participate in creating the illusion. When the reader’s brain connects the dots, when they take something the author implies and a light bulb goes off, there is an entanglement of souls. The reader brings their own history and body of experience to the text, fills in the missing pieces, the little blanks. Now the canvas in the reader’s mind has an image painted through collaboration with the author and it becomes a story written by both parties.

And that’s why every story can be interpreted a little differently, experienced a thousand ways, all through the lens of each individual reader’s mind. This is why fans (and literature professors) argue over what an author meant by what they wrote. This is the alchemy of words.

Sometimes it leaves me a little weak in the knees.

Thank you, Maggie. You enrich my life. Live long, prosper, and write on.

NOTE: The sketch in the “featured image” of this post, which may show up on the main blog page, is by Maggie herself and prints can be purchased here. 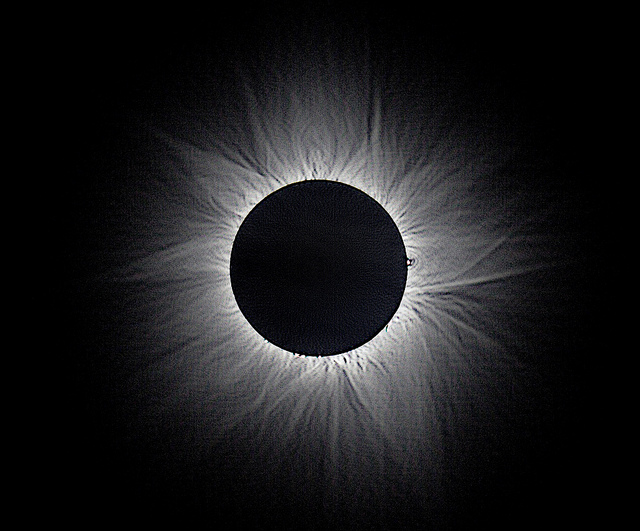