I was out of control as a teen. Raised in a relatively strict, conservative household, I had the appearance of an obedient child but inside there was a roiling mass of emotions driving choices that as I became more independent led to behaviors motivated by base human instincts: to belong, to matter, to feel worthy, to love and feel loved. Some behaviors were also motivated by the stories of my surrounding culture: to be part of an epic adventure or epic romance, to live the life of a dramatic character in my life’s narrative.

As a creative person, one sensitive to beauty and hooked on wonder, I constantly sought others who felt everything as keenly as I did and who shared my aching desire to express these things through art and writing and music. I reached out again and again, but most were put off by my hurricane of words and emotions and couldn’t relate to my fanciful notions.

I found a few who shared my passion, and crashed and burned in those relationships. I was quick to get excited, quick to plummet to despair. I had a temper that I blamed on my Irish or Italian or Puerto Rican heritage (so many reasons to be temperamental!) or on my artistic nature. I acted before I thought, spoke before I reasoned, and generally lived as much with regret and shame as I did with enthusiastic optimism.

The Taming of My Heart

While this story could be told in a million ways, with an infinite number of observations and narratives, the way it came clear to me today was like this:

After the tumult of my teen years, I married at 20 and spent the following decade or two taming my own heart. Removing the claws, domesticating the wildness, calming the rage, striving to curb the unrealistic idealism into a realistic outlook that produced patterns of behavior that allowed me to be “productive”–as a corporate worker, as a wife, as a volunteer, and as a creative artist.

Where there was anger, I learned to trace it to its source beliefs and alter them, bringing peace. Where there was disappointment and depression, I learned to comfort myself with the bigger picture, the long view, and the understanding that “this, too, shall pass” and acceptance that tragedy is part of human existence. Where there were black-and-white ultimatums driving my ideas about my creative projects, I tempered these with compromise and patience and letting go of the desperate drive to MAKE THESE THINGS A REALITY.

Each choice appeared to create a healthier, more stable life. But I didn’t understand the cost.

You see, I put my heart to sleep. 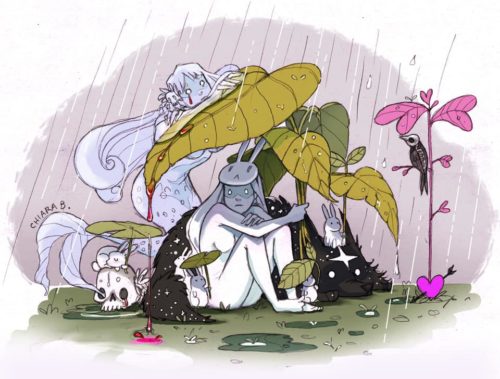 These are gifts, not curses. Rather than fight to silence their voices, as if they are sirens calling me to dash myself against the rocky reefs, it’s time to clean out my ears and filter it all through the spirit of wisdom that now guides my heart after all these years of seeking and struggle. Early on, I listened to the voice that sounded so grown up and confident, the one that said, “These trifling fantasies are mere distractions from the reality of life, which is Duty, Logic, and Productivity.” (Was this the voice of Spock, or my mother? It was difficult to tell.*)

Later I returned to valuing the joy and wonder of life that comes with creative endeavors, but… I never fully recovered the fierce wildness I had at the start. I feared that to embrace it would be to loose destruction upon my relationships, and the peace I had found. 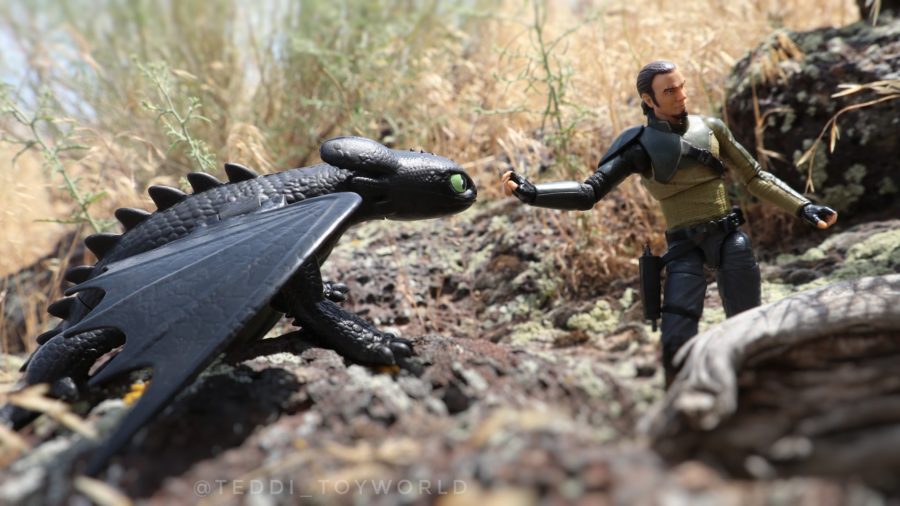 Toothless and the Jedi

In How to Tame Your Dragon, Hiccup chooses to embrace the most dangerous, powerful, untamed dragon of all–a night fury. With a saddle so they can fly together and a system for communicating direction and speed, the fearsome wildness of Toothless becomes a powerful ally and friend.

In the Star Wars franchise, lightsabers are about the craziest, most dangerous swords ever imagined by man. They can cut through nearly anything like butter, especially living tissue and bone. How all those Jedi wield them without cutting off a limb during their training or during a fight is beyond belief. And yet that’s exactly what the storytellers ask us to believe: that with wisdom, a deep well of inner peace, and the guidance of the Force, such a fantastically dangerous device can be wielded safely.

The wild passion inside me doesn’t need to be buried, or even diminished. It needs to be so deeply merged with wisdom that it becomes a new thing: a dragon at one with its rider, an invincible weapon wielded only against the true enemy.

“You Are Not My Enemy” 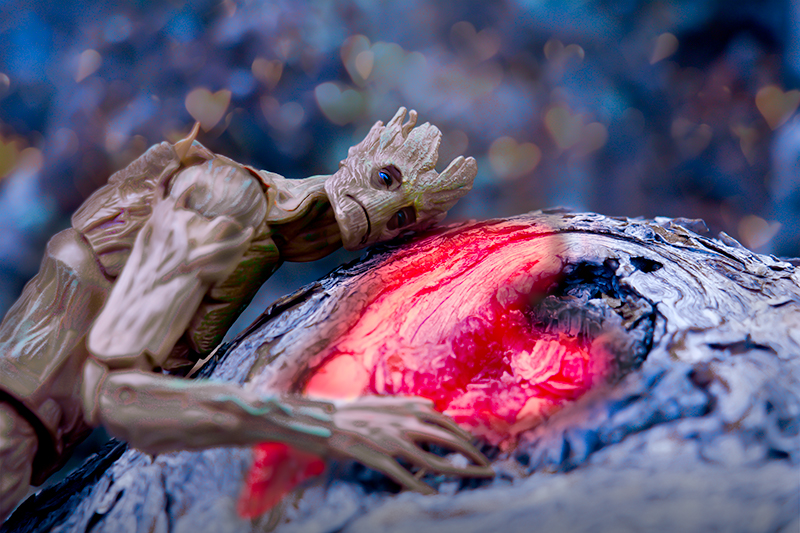 Home and family are not at odds with following my dreams. Interruptions and routine schedules are not an impossible foe to overcome. Being out of shape and fatigued is a matter of making better choices. Growing old is a blessing that brings insight, perspective, and a constant reminder to make the most of every moment. All those who hear my ideas and give me blank stares are not my audience and are no reason to discount the worth of my dream.

None of these are the biggest problem.

Today I realized that so many of my ideas remain invisible and unborn because I STOPPED BELIEVING IN THEM.

The books I read, the movies I watch, the art I admire, the music that makes me weep, all of that exists because someone loved it enough to manifest it in a form that could be shared with others.

I’m Not An Idiot

It’s not like this is ground-breaking news. What I’m sharing here is obvious. That’s what Truth is at its best: obvious when expressed, easy to take for granted when not the direct answer to your immediate problem, and life-changing as an epiphany in the moment you most need to hear it.

Today I begin breaking off the chains of doubt.

Today I dismantle the cage I built around my passion.

Today I give myself permission to fall in love with my ideas again.

The earth will continue to turn on its axis, unmoved by my revelation. The world around me will continue its pursuits without regard to my change of heart. I still need to stop writing this post and make a spinach quiche for lunch. I still need to do the laundry, fill out the holiday cards and run to the post office, and clean off the project table.

But somewhere… once upon a time and in a galaxy far, far away…

Paul Conrad just woke up in his lycanthrope safehouse, and he’s wondering why he has a necklace in his pocket. My action figures are stirring restlessly in my photography backpack. And Leonard Kelley is trying to tell me what it’s like to be immortal now, but it’s getting all mixed up with his memories of what the aliens did to him.

* A note about my mother. Although the reference was brief, I cannot allow anyone to imagine that she’s the bad guy of this story. She represents in many ways the voice of wisdom that saved me from even worse consequences that could have plagued my life. We’ve both grown over the years, and I consider her one of my strongest supporters. But early on, I internalized her feedback as described above.